When asked to think of examples of advertising, younger generations will likely speak of TV ads, YouTube clips, Google Adwords and email promotions. As more and more of our lives have moved toward a digital environment, we involuntarily adopt a greater association between this digital space and how we think about advertising. However, a cursory observation of the outside world shows us that far from being extricated from advertising, our surrounding environment is as drenched in ads as ever. To illustrate this point, I’ve decided to do a comparative analysis on the two most common types of outdoor advertising pervading Ad Impact’s very own home city; Perth.

Billboards, by virtue of their sheer size, are probably the most prominent of all outdoor advertising. With over 400 strewn across the city, and 700 across regional WA, they are a marketing tool many companies find useful employing. It should be noted that a plurality of the billboards available in Perth are located along the roadside. This goes into the advantage of billboard advertising, and that is a guarantee of exposure. The success of electronic forms of advertising (such as TV and YouTube) ultimately rest on the popularity of the content they are preceding. The location of billboard advertisements ensures an audience, as there is more or less a constant annual population flow across where they are situated. Thus, it is their unique placement along roads and highways that give them an edge over other forms of outdoor advertising.

As to making good billboards, a handful of factors need to be considered. First, that the actual content of the billboard needs to be succinct. A disadvantage of billboards is that, barring traffic, consumers only have a period of a few seconds to take in the information. As such, you need to be as resourceful with your words as you can. Secondly, it needs to be understood that billboards are not to be used for creating a direct response. Billboards are primarily secondary advertising tools, used to build awareness, and not invoke calls to action. As such, having a billboard laden with phone numbers or website addresses is less likely to elicit a response. Finally, a billboard should be bereaved of complex metaphors. Due to their limited exposure time, they need to be something the viewer can comprehend within a few seconds.

Buses remain Perth’s most popular form of public transport, with Transperth alone utilizing over 1500 vehicles. As such, along with billboards, bus ads are one of the most effective forms of outdoor advertising in Perth. It’s unique amongst outdoor advertising as it provides the opportunity of displaying ads more than once a day. Campaigns that saturate the transit system have the opportunity of being seen more than once for those who live in high population areas. Moreover, bus advertising allows for a type of mobility that is not present for other stationary outdoor advertising, therefore granting more flexibility in targeting markets.

Much of the same marketing ethos present for billboard advertising remains relevant for bus advertising. As buses are only briefly stationary, messages must be similarly succinct. For this same reason buses, like billboards, should be primarily used as a secondary advertising tool. One important difference is that the actual layout of buses provides more creative opportunity for advertising than the blank canvas of a billboard. For instance, Kodak ran a campaign for their new line of cameras in which they painted a camera frame around a bus wheel, so as to make the wheel resemble a lens. Similarly, the British government ran an antismoking campaign in which the bus’ exhaust pipe took place of the smokers’ mouth. The more creative the design of the ad the more likely it is to make an impact. 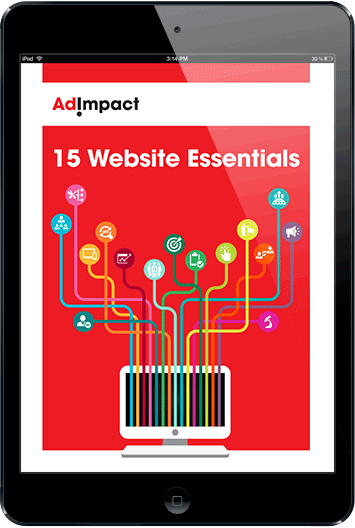